Games Based On Blockchain Technology And Decentralized Gaming Ecosystem

Tedchain is a Blockchain solution that is aiming to host a variety of gaming applications. It borrows heavily from the concept of Google Play and Appstore. 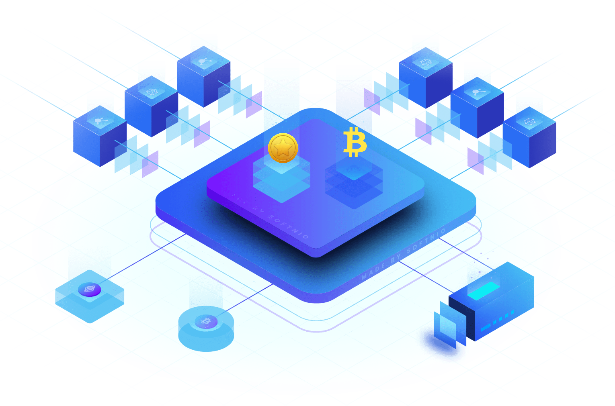 The Blockchain is based on three key pillars.

1. Creation and Distribution of Tedchain Games

Tedchain has a team of game developers who are stationed I strategic global points. The essence of the stationing is to give the various team a local perspective of what type of games are considered trendy and therefore easy to market. These points are Asia Pacific, Europe, and North America.

Additionally, it is an open secret that these regions are the trendsetters in regards to the world tastes and preferences. Therefore, the Tedchain games will appeal to game enthusiasts, trigger on-platform activity and eventually lead to the growth of the ecosystem.

The soundness of the model is further enhanced by the fact that deployment of the game will be easy and straightforward as the Tedchain Blockchain has a global coverage.

Some game developers have been relying on unscrupulous platforms to publish their games for the market. Tedchain is stepping in and offering a genuine medium of game deployment. This act will proffer immense benefits to the game developers, as their games will be availed to the world.

Like most of the other Blockchain, Tedchain is decentralized. This means that the main operations of the platform are not managed from a single point but from different points. This makes it hard for hackers and cybercriminals to infiltrate the system through a security breach.

Additionally, the platform becomes independent from domination by a select few, as the individual actions of participants are independent of any control.

Achieving Success in the Long run

The pillars of the model are strengthened by the fact that there is tokenization of the on-platform activities. This means that participants will have to own the TED coins in order to carry out any transaction.

Firstly, the Tedchain Blockchain will charge Ted coins for advertising games from third-party publishers. The rate is expected to be unbeatable, fair, relevant and worth it. This is because, despite being cheap, the service will entail broadcasting the game to an international audience that is not only huge but also diverse, unique and often appreciative of new game innovations. From the clients’ end, they will have to purchase TED coins to purchase the games from third-party publishers. This Ted coins will be immediately deployed to the individual game developers’ crypto wallets.

Secondly, the Tedchain Blockchain will be developing and deploying on-games to the global community of gaming enthusiasts. These games will earn the Blockchain and the selected parties that put their skills, competencies, experiences, and efforts into creating the games some token earnings. With more earnings and a continuous Token flow, more games will be developed and the blockchain will have the largest collection of games in the world.

Lastly, Tedchain developmental team has a vision of incorporating the e-sport technology on the Blockchain. This addition will be in line with the growing trend of gaming platforms to develop online-competition for game enthusiasts. This aspect borrows heavily from the online casino concepts where players interact, engage, and compete with the winners getting awards. However, the main difference in this regard is that the competition will be purely for fun, peer-to-peer engagement and gaming experience as opposed to a monetary gain. However, there will competition will be tokenized by the incorporation of the TED coins. 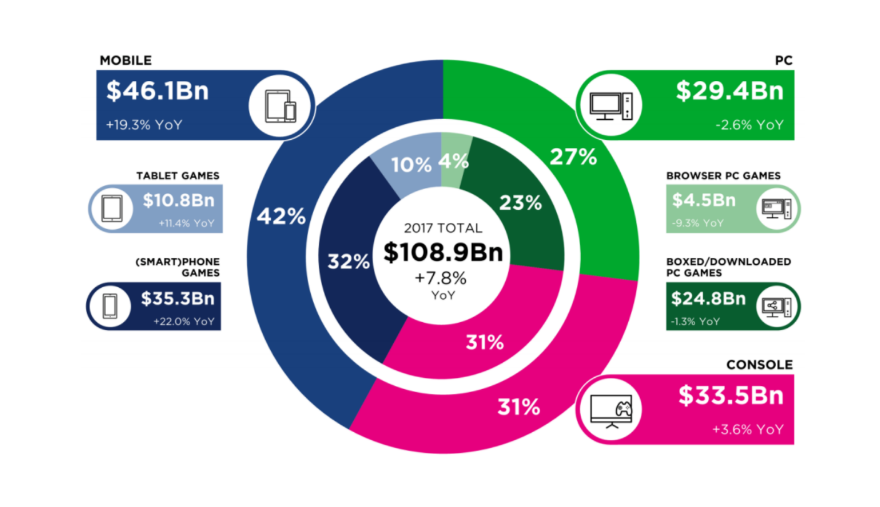 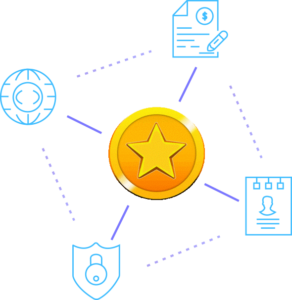 Features of the Tedchain Blockchain

The Tedchain mobile app store will be in a way similar to the popular Android-based application stores where individuals can access and download games of their preference. The Blockchain plans to appeal to computer users, tablet owners, and mobile phones users. The Blockchain design will be sensitive to the various gadget specifications and screen sizes while ensuring that the mobile phone users are not disadvantaged by the smaller screen size.

Through all the gadgets, users will be able to either play the games on the online-platform or download the games to their hard drives. All the transactions will be of course monetized as a reward to the game developers whether the Ted chain team or the third-party developers.

Tedchain is designed in such a way that the game enthusiasts are assigned private portals after signing into the Blockchain. These portals will contain the individual statistics such as the token accounts, history of interaction with peers, application purchases, viewing of advertisements, etc.

This will be the primary section of the ecosystem because from the portals, the users will be able to form interactive forums via the Gaming Hub sub-feature and also to make purchases from both Tedchain and third-party developers.

The individual portals will entail a search engine option for games, a page of the latest games on it, tokenized prices for the games, discounts awards, users picture, and full identity, etc.

One of the sections of the blockchain is the Play Ad Games sub feature. Tedchain will be rewarding players who are exemplary performers in the selected activities. This importance of Tedchain reward will be to transform playing from routine/pastime expertise to a fun-filled experience. Secondly, this would attract more users to the Blockchain and contribute to the growth of the ecosystem.

The market may change and some resolutions have to be made to not only develop the Tedchain Blockchain in the future but to survive competition from rival startups. Tedchain has, therefore, developed a voting system for the decision-making and approval of resolutions from the management and advisory team. This will give participants equal rights and a very important voice in the running, development and organization of internal processes. The essence of voting rights is based on the nuance of Blockchain governance in the long run.

On Blockchains, energy efficiency features are strategic for the mining process. In the context of Tedchain, mining involves all the activities that surround registration of users, deployment of gaming apps by both the Tedchain developers and the third-party creators, on-platform transactions on the peer to peer, and peer to developer’s levels, and also the interaction between the individual users and the Blockchain itself.

Because of the energy efficient feature, Tedchain incorporates the two protocols that streamline the network’s performance. These are:

The proof of stake is a delegated mechanism that is auto performed by the Blockchain. Its function is to assign tokens to holders the following uses, holding of tokens, staking of tokens, or any other use of the TED within the blockchain. Basically, the protocol rewards users by holding onto their tokens while in the system (within the individual crypto wallets).

Another essence of the proof of stake mechanism is that it assigns a value to the activities that are performed within the Blockchain. The more active an individual is, the more token rewards the person gets. This is the reward for mining.

The proof of authority mechanism is used to authorize transactions for the making of network blocks. The importance of this process is that the transactions are finalized and the records are kept for future reference.

Both the proof of stake and proof of authority mechanisms have a role in developing the blockchain and improving the user experience.

Energy efficiency means that the Tedchain Blockchain can support the proof of stake and proof of authority functions without investing in powerful computers with high capacity video cards and other spectrums. This is not only an improvement to the Blockchain technology but an upgrade welfare of game enthusiasts who have always relied on powerful computers, game consuls and video cards to play their games, Tedchain is making it easier for them while also ensuring that the mobile phones can support their passion.

The Tedchain Blockchain has a secure digital cash transfer system. In this arrangement, peers can transfer tokens to each other in a decentralized environment. This feature is essential for purchases of gaming apps, development of gaming ups, access to the Ted games, etc.

There are two levels of this feature. Firstly, there is the proof of work tokens. These coins are issued after the initial transactions. After 5 weeks, the proof of work coins is automatically transformed to proof of stake coins. These PoS coins attract an interest of 20% in the first year. Over the next three years, the appreciation rate diminishes by a factor of 5% until it becomes a flat rate of 5%.

This means that holding onto the TED coins within the blockchain is beneficial in the long run. Moreover, the ease of transferring the coins (PoW or PoS) within the system is important for the peer-to-peer interactions and also to the e-sport tournament activities that are to be introduced in the near future.

The tests for network simulation have shown that the average block time is 40 second. This means that the after individual transactions, the blocks are formed, and made public to all users in the blockchain after an average time of 40 seconds. This speed is favorable in that the time taken for users to earn tokens is lower and the energy consumption by the particular gadget being used is much lower, to the benefit of the user.

Encryption is used for security and privacy purposes. Its function is to assign a code to the naming of blocks, identity of the users and any other information for the reason of concealing the identity of peers and the magnitude of the transactions. Tedchain settled on the scrypt algorithm after considering other types such as the Blue Midnight Wish, Skein, and SHA3. 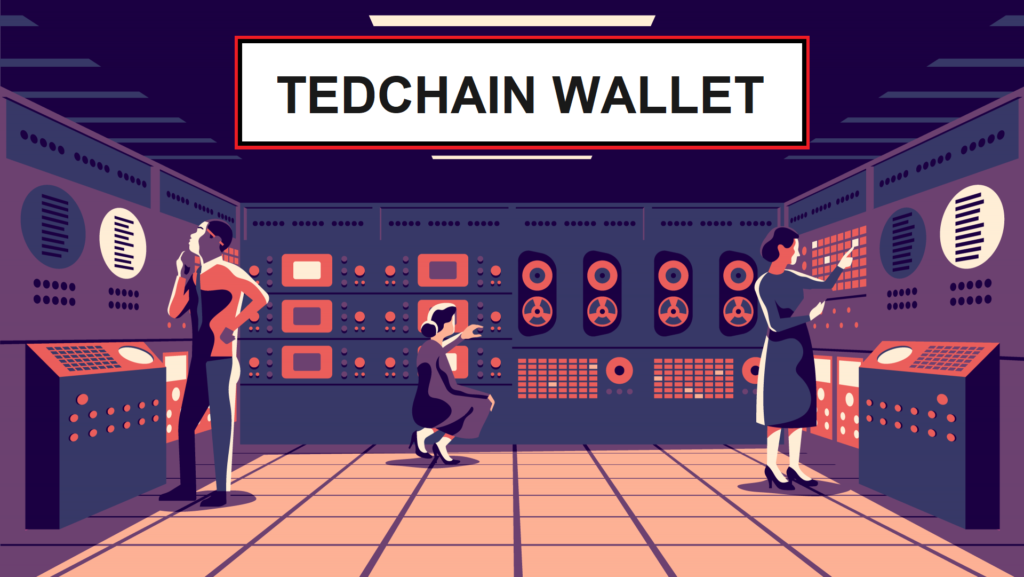 The Problem that Tedchain is Aiming to Solve

The google app store is not dedicated to games but all applications for mobile phones, tablets, and PCs. The lack of a dedicated app stop for games means that game enthusiasts may not even know that there are quality and fun games to play. This is because the individual playing apps are treated the same way as the thousands of software.

Secondly, the game developers often lack a platform that not only markets their creation but also serves as a point of sale center. This challenge has not only denied some good game developers recognition and rewards for their work but also the gamers have been missing out on the entertainment aspect of high-quality games.

Lastly, gaming peers rely on social media sites such as WeChat, Twitter, Facebook, Telegram, etc. to interact with one another. This has led to poor sharing of playing tips that may have contributed to slow uptake of the hobby in some world regions.

Tedchain is aiming to revert all these challenges by proffering a blockchain of games that is global, variety-full, rewarding, gaming-specific and interactive on the peer-to-peer standpoint. 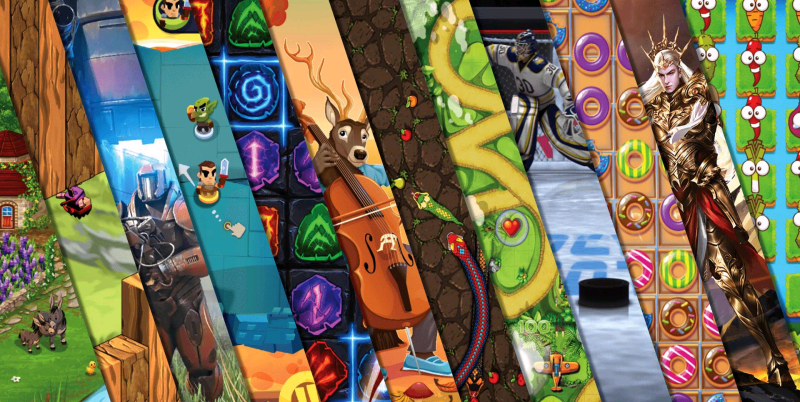 Why Tedchain is the Games Blockchain of the Future

Firstly, over 2 billion people play games on their smartphones; most of these games are downloaded from playstores or google store. Secondly, the global games market is worth over $51.2 billion in Asia-Pacific region, $27 billion in North America, $26 billion in Europe, Africa, and the Middle East, and $4.4 billion in Latin America.

Tedchain hopes to take advantage of the growing trend of industries shifting their operations to blockchain platforms. The huge market that is ever growing will be the bedrock of success. Additionally, Tedchain is using a gender-neutral marketing approach to attract the female demographics.

The Tedchain blockchain is built to provide a gaming platform where game enthusiasts can benefit from exiting games from both the Tedchain team and third-party developers. The activities of each user will be monetized through assigning of TED tokens on the Proof of work and proof of stake mechanism. The blockchain will be mobile friendly, hence relevant to the prevailing circumstances of most people.