Video streaming is the new norm leave alone downloading, and when you are watching a video online, the website’s server is sending you the content in real time. However, streaming still remains expensive, and worse still when you travel and wish to keep up with a series of videos, you find that the area you is placed under restriction so you cannot watch the content. Using VPNs, it is an uphill task to bypass the restrictions and this motivated the team behind Monvid to establish a blockchain platform that decentralizes streaming.

Monvid’s platform allows users to stream content without the restrictions no matter which part of the world they are in. Their solution comes in two parts, P2P video sharing that will allow content creators and owners to share their videos with everyone free of charge, and the community of users can reward them for the video with MVID. The other part is proxy video streaming, which is a platform that gives the users the ability to bypass any restrictions that would have hindered the streaming of videos on the P2P video sharing platform. 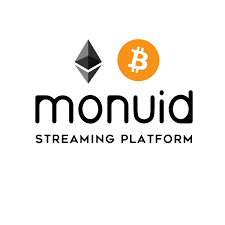 Monvid has one of the most complex yet rewarding bonus program of any ICO. They have fixed bonuses and extra bonuses for larger investments. This is what you will enjoy when you contribute to the ICO

Monvid has used the following strategy to allocate the 200 million tokens mined. The tokens allocated to the public sale should they remain will be destroyed.

Should they meet their target of $500,000, the soft cap, this is how they will distribute the funds

Monvid is Antonio Jacobs’ brainchild and CEO alongside Steven Morris the CTO. The rest of the team is made up of a marketing manager, a backend developer, a blockchain developer, a UI developer, a network expert, a software developer, and a streaming expert. They have not disclosed the board of advisors, nor the partnerships.

Monvid is set on revolutionizing the streaming industry despite the tough competition from the big boys such as Netflix, Sky, Vimeo, YouTube, and Amazon Prime. You can read up on their technology and solutions on their whitepaper. To participate in the ICO, you will have to sign up on the Monvid official website. You can monitor Monvid’s ICO by joining the conversation on Telegram and Twitter.

LevelNet, A new kind of IT network