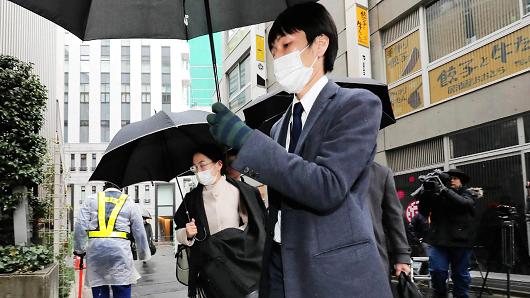 It is no secret that the cryptocurrency industry needs to be regulated to ensure that all parties involved benefit from it. Japan is one of the countries that are keen on regulating this industry to protect its citizens from fraud. On Thursday, Japan’s Financial Services Agency issues penalties to seven cryptocurrency exchange companies including Coincheck.

The regulatory body stated that Coincheck lacked the required internal control and systems to minimize the risks of money laundering as well as terrorism financing. In the statement, the body officials stated that Coincheck would soon provide details of how they intend to reimburse funds to the affected clients. The move to investigate this particular cryptocurrency exchange agency and the other six was informed by the revelation that more than $530 million worth of digital currency were stolen at one Coincheck bitcoin exchange agencies in Tokyo.

The seven other cryptocurrency agencies that were investigated also lacked proper mechanism of preventing such unfortunate occurrences from happening. Unfortunately, two of the cryptocurrency exchange firms, FSHO and Bit Station were temporary suspended for one month to pave way for further investigations.

According to a statement made by one of the senior personnel at FSA (Financial Services Agency), one of the employees at Bit Station was found to have used a client’s bitcoin for personal use without the consent of the client. This action was against the terms and conditions signed by the client and all employees of Bit Station. The matter was further escalated by the fact that the management team had not uncovered the transaction before FSA investigations were conducted. This was a clear indication that the company lacked enough control systems to nub such incidents as well as prevent similar transactions from being initiated by their employees.

The statement by FSA also revealed that Bit Station had earlier applied to be allowed to operate as a fully accredited cryptocurrency exchange firm but later dropped that application and applied to be permitted by the regulatory body to operate on a provisional basis. What informed the firm’s decision to change their decision to offer exchange services on a provisional basis is still not clear.

Just like any other business venture, the cryptocurrency world is vulnerable to a number of risks that can result in total collapse of companies if not mitigated. Cryptocurrency exchange companies operating in Japan, and other parts of the world need to put in place stringent and robust internal mechanisms to monitor all transactions. This kind of improvement will greatly help in safeguarding the sustainability of the firm as well as make sure that clients get value for every dollar that they invest in cryptocurrencies.

Indian Government Is Encouraging The Use Of Crypto Tokens For Financial...

Goldman Sachs and Facebook Set to Venture into Crypto Industry