The total crypto market capitalization was able to find support around $236.0 billion before making a sharp jump above $245.0 billion.

BTC price also broke the major resistance level of $8,000 and made a swift move to a positive zone. A number of other coins have also done equally well. Some of them include the Binance Coin, the EOS, Bitcoin Cash and Tron – TRX.

Just some few days ago, Bitcoin Cash experienced a major downside correction. But after this, the price was able to find support right above $360 against one of its top rivals, the US Dollar. The pair of Bitcoin Cash and the US Dollar had started a very steady recovery and was even able to break their major resistance levels of $380 and $390. At the moment, the BCH/USD pair is trading right above $400.

With this price, the bulls are expected to take full control in the coming times. The next major resistances are close to $410 and $420. Should there be any kind of a downside move, then the price might get bids near the price levels of $390 and the $385.

As noted earlier, the market has not been so bad with a host of other coins. The EOS price, for instance, remained stable above the level of $6.20. Just some few days ago, the price was able to recover much higher. In addition to that, the EOS price also broke the two main resistance levels of $6.25 and $6.32. 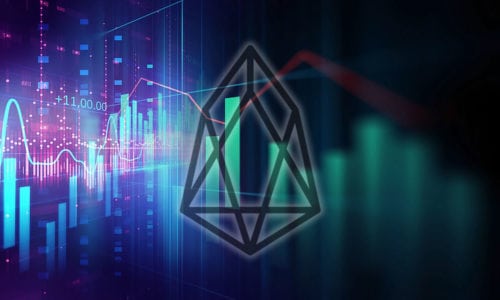 The Tron price has also been gaining bullish momentum over the past few hours. At the moment, it is trading up more than 5%. The price of this virtual currency was also able to break its major resistance levels of $0.0300 and $0.0320. It is now trading right above the level of $0.0330 and the next stop could be somewhere in the region $0.0340.Currently, the main resistance for the bulls are trading somewhere around the price level of $0.0350 in the next couple of days.

Only 5 Bitcoin Mining Equipment Are Profitable This Month