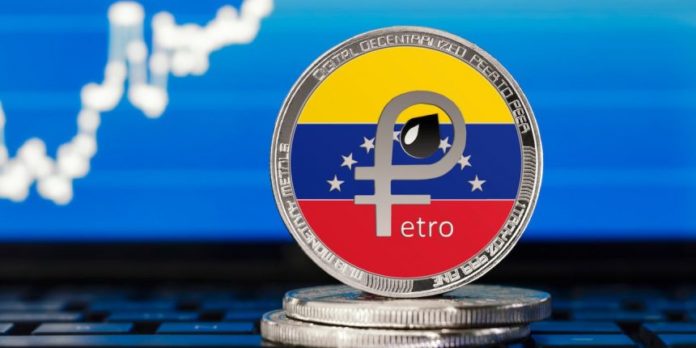 Petro, usually known as PTR is a Venezuelan cryptocurrency that was launched in February 2018. It was officially launched by President Nicolas Maduro. At the beginning, a number of media reports sent a narrative that suggested that the crypto could be nonexistent or phony. However, recent data that has been obtained from the Venezuelans trading the crypto and from a few exchanges on social media suggests that the crypto is just okay and real. The locals are now trading the nation-state issued crypto for a number of services and goods.

The Crypto Is Currently Being Swapped On Social Media And Exchanges

President Nicolas Maduro became the Venezuelan president in 2013 following the death of the former president, Hugo Chavez. From that time, the country’s economy has seriously spiraled out of control. The current rate of inflation in this South American state is at a whopping 1,623,656%. This has made the bolivar, which is the nation state’s fiat currency without any value or worth. As a way of offering a lasting solution, the president opted to introduce the Petro crypto. This digital asset is allegedly supported by the oil reserves of the country. According to a large fraction of the citizens, the bolivar will soon be decommissioned and the residents will be forced to use the crypto.

The Asset Slowly Seeing The Light Of The Day

Based on a recent report, the petro crypto has finally seen the light of the day. The Venezuelans are now able to buy the coins through Sunacrip, which is a government agency. In addition to that, other cryptos such as Litecoin and Bitcoin can still be used for payments in order to get the cryptos. Sunacrip even went ahead to create a state-sanctioned crypto remittance network that supports cryptos such as Litecoin, Bitcoin and a host of other virtual coins. At the moment, there is a block explorer that is also available. It has been designed with a very nice interface. Sunacrip has, however, insisted that a wholly functional petro block explorer will be released to the public on the 30th April.

Petro is now trading for much less than 60 US dollars. Despite that, Sunacrip has stated that Venezuela has had a reliable, solid, inclusive and transparent system since 2018 when Petro was introduced for the first time. On top of that, Sunacrip also scorns attacks at the international and national level. This comes with both sanctions and campaigns that are discrediting the country both externally and internally. On top of petro being merchandised on trading platforms approved by the government, PTR is also being sold on various social media channels such as Telegram and Facebook. On Facebook, for instance, there are a number of tag sale groups where people are exchanging services and goods for money. They are referred to as El Perolero in the Bolivarian Republic of Venezuela.

These days, there are a number of adverts that scatter within these groups and showing that sellers will not have problems with the coin.