Paymon isn’t reinventing the wheel, it’s trying to improve it

Paymon has its own way to seeing the blockchain, and has introduced the world to new ways of handling the majority of known issues surrounding cryptocurrencies. These issues include: scaling, complex architecture, slow speeds and insanely high fees. Paymon uses a brand new blockchain hive which improves many aspects of cryptocurrency. The technology and the infrastructure of the network strive to comply with all current regulations.

Paymon strives to develop itself into a business that is useful to not only developers, but also everyday users as well. Paymon will likely prove to be an invaluable tool for ICO startups and projects. Paymon also provides a wonderful opportunity to invest, as the value of its tokens is expected to rise steadily after launch. The Paymon team has already developed a messenger app based on blockchain technology that lets users send and receive messages and cryptocurrency. 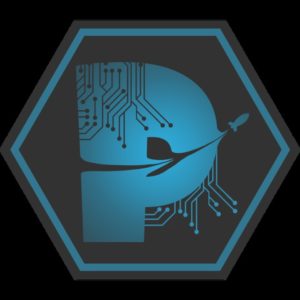 Development of Paymon began in 2016, and the goal is to create a platform that makes it easier to interact with the blockchain technology. The developers have taken the current technology to a new level as well as introducing new technologies as well.

A Unique Way Of Seeing Blockchain

Paymon operates according to its own, unique way of seeing the blockchain. It has introduced new methods of handling several of the current problems surrounding the technology. Problems such a scaling issues and the overall complexity of the blockchain itself are two of the issues that Paymon is attempting to tackle.

The developers behind Paymon are also the same ones working on Hive, which is a new platform for business that makes it easier to create smart-contracts and allows users to add their own business and even make transactions without fees of any kind. The team of developers has been working hard to bring blockchain technology to its full glory.

Supporters of the blockchain will find a hero, a champion for a cause, in the development team behind Paymon. The Paymon team has worked hard for many years and have contributed a lot to the blockchain as a technology and as a concept. 2018 will be an exciting year for the blockchain, cryptocurrencies and for blockchain based projects such as Paymon.