Home CRYPTO NEWS The Marshall Islands to Issue Its Cryptocurrency 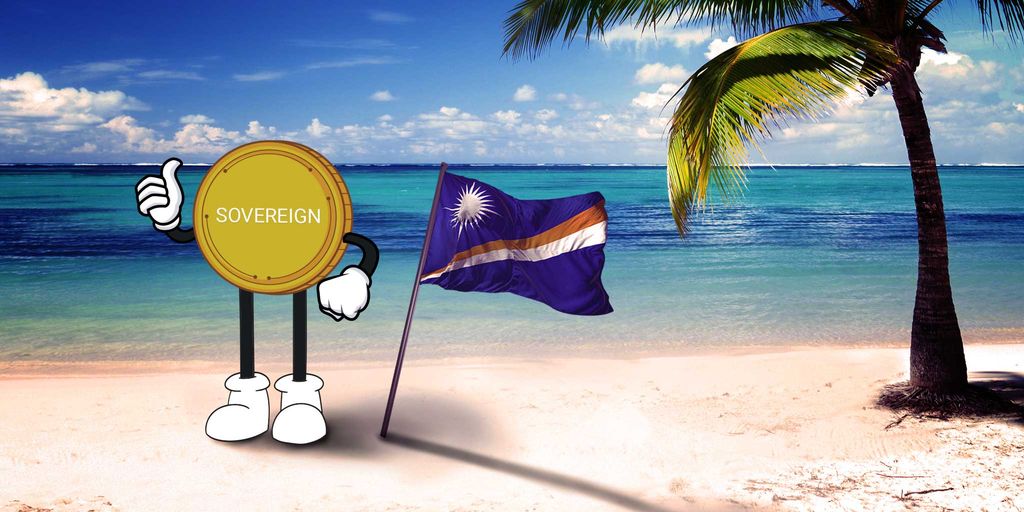 At first, cryptocurrency was vehemently opposed by governments that continually stated is was an illegal currency. In the wake of continued uptake of cryptocurrencies for investment and currency of trade, countries are not starting to consider cryptocurrency as a valid legal tender in their line of business.

Early in February, the Venezuelan government launched a pre-sale of its highly controversial petro-coin which was heavily pegged on oil prices. Iran is also exploring a possible cryptocurrency that will be issued by the government while the crypto-ruble is a notion that was highly entertained by Russia. However, the Sovereign (SOV) cryptocurrency is different because, until its release, the cryptocurrency was facing a limbo regarding regulations and it is also going to be the first digital currency considered a legal tender.

The Republic of the Marshall Islands which had a population of 53,158 as of 2011 intends to issue the Sovereign to supplement the US dollar as its legal tender. The Declaration and Issuance of the Sovereign Currency Act was passed on February 26th, 2018 by the nation’s legislature.

The bill read in part that the purpose of the act was to declare and issue a digital, decentralized currency based on blockchain technology as a legal tender of the Marshall Islands.  The full details of the act were posited on the official Telegram channel of the Sovereign.  The bill also hinted that the currency would be issued through an initial coin offering (ICO) by the Ministry of Finance.

The issuance of the first cryptocurrency as a legal tender was noted by Hilda C. Heine the President of Marshall Islands as a historic moment for the small island nation in being able to issue their currency and noted that it was one step further in manifesting their national liberty.

The new cryptocurrency will be developed by Neema which is an Israeli startup with experience in facilitating international money transfers and will use a public protocol called “Yokwe” which means “Hello” in the local language. The blockchain requires the user to authenticate, and this will help solve the problem of anonymity which has been the primary bone of contention with most countries.

The protocol will link the accounts to identities that have been verified by the government to cut risks in the manipulation of the Know Your Customer (KYC) protocol and other related financial crimes.

According to Ben Ezer the Co-Founder of Neema, SOV will have the benefits of a cryptocurrency and the legal and regulatory framework that covers legal currencies.

The Minister – in- Assistance to the president and also the Environment Minister David Paul added, “The Marshall Islands is the first nation to adopt a transparent crypto monetary system, and we are proud of it.” The Governments intends to use the proceeds from the ICO to strengthen its coffers in time for the U.S. reparation payments termination which is meant to compensate the country for the U.S. using their sites as a nuclear testing ground in the 40s and 50s. The completion of the reparations will take away up to $30million annually from the budget.

Being a sovereign country and a member of the UN, the possibility of this country finally deploying a cryptocurrency that is also a legal tender will set an example and a framework that other countries can follow and it will also be a big boost to the cryptocurrency world.