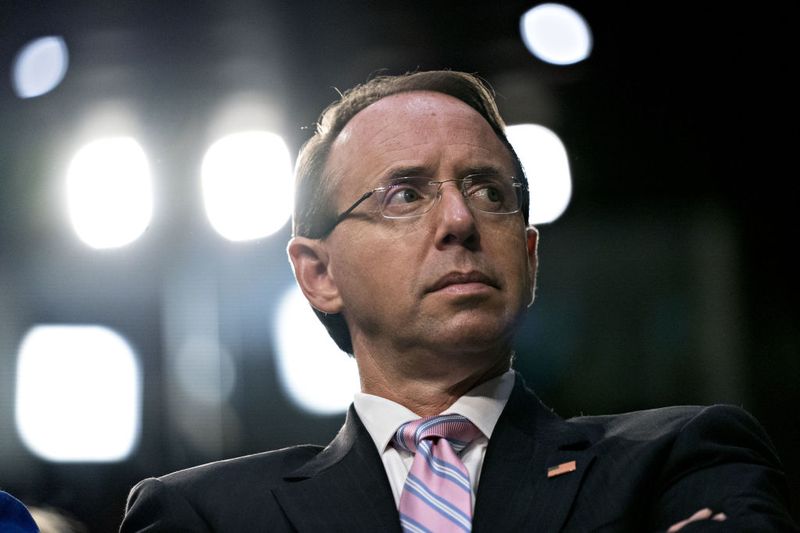 The US deputy attorney general, Rod Rosenstein has asked the global community to be united when it comes to crypto regulation. Elsewhere, the Federal Election Commission has drafted an advisory that might see the approval of crypto mining power as campaign donations. These are some of the latest news in as far as cryptocurrency regulations are concerned.

The Department Of Justice Now Targeting The Virtual Currencies

The U.S deputy attorney general, Rod Rosenstein has called on the unity of the international community when it comes to crypto regulation. He said these words while addressing the 87th Interpol’s General Assembly.

Rod also had some words of counsel to the cryptocurrency regulators. He asked them to work together so that the rule of law can be upheld in the entire blockchain market.

His speech also served a warning to those who might have ill intentions for the cryptocurrencies. He said the regulators should see how the use of cryptos can be monitored. This is the only way it wouldn’t be abused by sanctions evaders, terrorist financiers, as well as other criminals. The U.S Federal Election Commission has prepared a new document that might bring relief to both the crypto and US political arenas. The document has described all the political campaign donations through virtual currency mining as permissible.

This is a response to a proposal that was submitted on the 13th of November by Osianetwork LLC. The company has inquired whether persons would be allowed to support political campaigns by donating computing powers to the mining of the coins.

How The Donations Would Be Categorized

The commission has, however, made some clarifications to the response sent to Osianetwork LLC. It stated that such donations would not be categorized under the exception of volunteer internet activities. The donations would result from the participating political committees, the Osianetwork and the individuals.

The matter has, however, not been voted on and can’t be termed as official. The U.S Federal Election Commission has slotted December 19th 2018 as the day they would vote on the matter.

The Role Of The Government In Regulating The Cryptos

Alabama state accounts for close to 20% of all the active cease-and-desists that occur in the United States of America. This is according to the chief litigator of the Alabama Securities Commission, Greg Bordenkircher. His commission has given out a total of nine orders to the firms that advertised fraudulent crypto products.

Alabama Securities Commission is also aiming between 20 to 22 other companies that it might also shut down. According to Bordenkircher, the state regulators should take an active role when it comes to the regulation of the virtual coins.